What is Zen & Tao? Heart to Heart

When Sakyamuni Buddha was in Gridhrakuta (Spirit Peak) Mountain, he seated himself on a seat cushion, as if about to give a speech.
But Sakyamuni Buddha didn’t say anything just picked up a flower with his fingers and smiled then watched his disciples for their reaction. All the disciples couldn’t understand what the Buddha’s meaning was and stared at him in silence.
Only Kasyapa smiled at this revelation. At this time Sakyamuni Buddha said:
“My way of understanding is to perceive thoroughly the process of thought and exclude nothing, and with a joyous heart look into the actual nature of things.
Such a subtle dharma is beyond words, beyond philosophic speculation.
One cannot understand it through logical reasoning, but only through insight.
Just now, Kasyapa responded and showed his understanding, therefore
I will transmit to him the heart of Zen”

At certain places I see stores advertising their commodities as being “Zen style”, as if buying these goods means you are living Zen style too. I think that’s really ridiculous. To live Zen you have to spend time using your heart and spirit to perceive and come to a realization about everything around you. You cannot just spend money to get it. If everyone simply needs to spend money in order to live Zen style, then why, in ancient times, did Zen masters have to spend a whole life to realize it?
Same with Tao, if you are asking what is Tao? In Lao Tse’s “Tao De Jing” his first sentence is: “The Tao that can be told of is not absolute Tao; The Names that can be given are not absolute names.” Lao Tse thinks that “Tao” is the source of all things. It has no shape, no sound, no volume and is forever constant. It’s not something that can be explained or understood by language or words.

Sometimes I think we try to understand what Tao is or try to realize Zen’s meaning just like the blind people touching an elephant. We only see one part of it then think that’s a whole elephant. 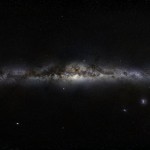 Here is another story: A small fish asked a big fish: “I often hear other fish talking about the sea. But where is the sea?” The big fish answered; “The sea is all around you.” The little fish said, “Why can’t I see it?” The big fish answered, “Ever since you were born and with every movement, you’ve been in the sea. The sea is within as well as outside of you. The sea gave you life and at death you will return to the source. The sea encloses you just as your own being is enclosed.

I remember that Zhuang Zi said, ”Fishes live in rivers and lakes and are not aware of it. Humans live in the region of Tao and oblivious of it.” Just as we live in the sea of Zen and ask what is Zen? Where I can find “Tao”? 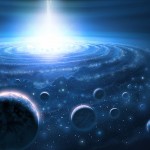 The first story told us that if some people they think they know what Zen & Tao is, and they want to use words or language to describe it, then it ‘s not the true features of Tao or Zen. The second story told us: We are in the sea of Zen already. We just need to open our heart to feel it and enjoy it. How can words and language describe it?