How The Ordinary Person Decides What Is True

Web 2.0 began to emerge after the autumn of 2001 (if you don’t know what this is go to http://www.oreillynet.com/pub/a/oreilly/tim/news/2005/09/30/what-is-web-20.html). With its rise, Youtube and Myspace have become very popular web destinations. On them we can see a lot of videos full of many talented people and inexplicable events. But sometimes I read in the news how a misdirected person tries to become famous by getting a lot of people to come see their video of them doing stupid things. They hurt other people, or themselves and usually violate the law. It may be possible that they’ve created a smash hit but usually the novelty quickly dies down and it doesn’t take long for people to forget about them again. To use rhetoric or gimmicks to get other people’s attention is not a long-term solution.
Sometimes my students will send me a link from Toutube showing people doing Tai Chi or Qi Gong/Chi Kung with mystifying powers. Then they come and ask me, “What do you think about this?” I believe most of the videos show clever magic tricks, though there are a few that show real skills in a truly simple way. For instance I believe that through training our physical bodies can get stronger and harder, enough to defend against very powerful attacks (i.e. breaking the point of a spear pressed against the throat) or to break things (like a coconut, board or brick) using Iron Hand or Iron Shirt techniques. However, on some of the videos I see people “using their Chi” to light paper on fire or break a glass jar without touching it: I think these people are playing tricks. From my teachers I know some special Qi Gong skills can be explained by physics or medicine, others need to play tricks to make them work, and some are pure entertainment, just like magicians doing magic to fool people. These videos don’t document genuine supernatural powers.

In ancient times, when talking about Qi or meditation, some masters liked to use difficult language or spoke about mysterious things to puzzle people and lead them to believe the master had supernatural power. It was one way to recruit followers and thereby attract wealth and fame. But now we are in the twenty-first century. Everything should go through a scientific evaluation to see how it works for people. People shouldn’t just rely on an, often exaggerated, account of things. It should be just like the way meditators have allowed scientific studies to show how meditation can change brain wave patterns (http://www.time.com/time/covers/1101030804/) and how Tai Chi and Qi Gong exercise have many studies showing they are good for health. I like that. Although science still can’t explain everything it does help us decide what is real and what is fake.

Consistently over the ages Tibetan Buddhism discusses supernatural powers as manifesting along with higher levels of practice. But we all know one Buddhist person who doesn’t need to use any supernatural powers to get the attention of people from all around the world, strengthen their belief, and sustain their convictions- the Dalai Lama. Our fascination with the Dalai Lama arises from his wisdom, understandable conversations and approachable behaviour. Many people admire him for the way he advocates and lives his belief in non-violent and compassion with perseverance and consistency. So we can see from the Dalai Lama’s example how to get people to believe what we are doing is true; we must carry out by actual effort what we are teaching.

There is a saying from “The Roots of Wisdom”, that tells us,
“Strong wines and fatty meats, sweet and spicy food-these do not have true taste. True taste is only in the light and simple. The mysterious and the strange, the pre-eminent and the uncommon-these are not men with true wisdom. The man with true wisdom is only the ordinary man. Fascinating and novel things do not endure. That which endures is the plain and ordinary. Anything that is contrived loses its natural flavour. Only that which is natural is true.” (From “Cai Gen Tan”(Vegetable Root Discourses), written by Hong Yingming about 400 years ago, translated by Koh Kok Kiang, Asiapac Comic Series.)

Water and air are two of the most important things in our lives, but they are plain and have almost no taste. So if you sometimes think about water and air when trying to decide whether something is true this can lead you to greater wisdom and enlightenment. 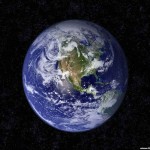