No Obstruction or Anxiety in Our Mind

While we live our lives we all experience some obstruction. Regardless of whether our focus is on wealth, status, work or family, we often feel anxious about it.
Actually, no matter which kind obstruction we have, we also have the means to deal with it. The point is to focus on what is happening in our own mind.

Here is a little story. It goes like this: 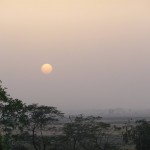 “Though you were appointed Prime Minister three times, you aren’t vain. Though you’ve left the post three times, you aren’t depressed.” Jian Wu remarked to Sun Suao, the former Prime Minister. “I didn’t quite believe it at first, but now I’m convinced because I see you breathe with an air of serenity. How do you actually feel in your mind?”
“What are my assets?” Sun Suao replied. “I think that when the post was offered to me, it was beyond me to reject it. When the post was taken away from me, it was also beyond me to stop it. I don’t think the gain or loss rests with me, so I’m not depressed.
“What do I possess? I don’t know which commands respect, the Prime Minister’s post or me. If it is the Prime Minister’s post that commands respect, it has nothing to do with me. If it is I that commands respect, then it has nothing to do with the post of Prime Minister. I’m happy and content. And with all this beauty of nature around me, where on earth can I find the time to bother myself over the social ranks of men?”

There are very few people who can live a fearless life. How can everyday people reach this? Lao-Tzu, in his book the Tao Te Jing chapter8, tell us; 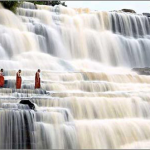 “The highest excellence is like (that of) water. The excellence of water appears in its benefiting all things, and in its occupying, without striving (to the contrary), the low place which all men dislike. Hence (its way) is near to (that of) the Tao.
The excellence of a residence is in (the suitability of) the place; that of the mind is in abysmal stillness; that of associations is in their being with the virtuous; that of government is in its securing good order; that of (the conduct of) affairs is in its ability; and that of (the initiation of) any movement is in its timeliness.
And when (one with the highest excellence) does not wrangle (about his low position), no one finds fault with him. http://www.thetao.info/english/english.htm 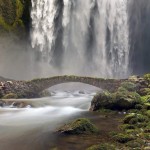