Recently, Yoga and meditation have become very popular in the West. Many people take meditation courses or practice it at home. Most people know that breathing is very important in meditation. Many are taught to breathe down into their lower abdomen, or Dan-Tian. This kind of practice helps to massage the internal organs, but it is not the ideal breathing for meditation. “Xi” is. “Xi” (pronounced ‘she’) in the Chinese language means “still” or “rest”.

According to China’s Tian-Tai School of Zen, in the book “Shiao Jr Guan”, there are four kinds of breathing or Xi, in meditation:
Normal in-and-out breathing is the first kind. It is called Wind. What represents Wind? It is when you are meditation, breathing through your nose, and you can hear your breath sounds. This is Wind.
The second is Gasping; short and rapid in-and-out breathing. What is the common representation of Gasping? It is when your breathing is quiet but you only move stagnant air with each in and out.
The third is Chi(Qi); long and deep in-and-out breathing. What represents third state of breathing? While sitting in meditation the breathing is quiet and not stagnant but each breath is not slender. This is Chi(Qi) breathing.
The fourth kind of breathing is Xi. What represents Xi? Quiet, not stagnant and also not thick or shallow breathing. Breathing is continuous with each ‘in’ smoothly connecting to each ‘out’ which then flows into the next ‘in’, as if in contact. But you are not connected to the breathing, so it is like absorbing air rather than moving it. This is Xi.
From first to third, breathing is not harmonized. Xi is harmonized. Doing sitting meditation while using the first state of breathing causes your mind to easily become disordered. In the second state, you are stagnant, unable to progress. Staying in third state of breathing labours your body and mind. It is the fourth kind of breathing that will settle your mind, bringing you into Samadhi (http://en.wikipedia.org/wiki/Sam%C4%81dhi_%28Buddhism%29).
How can we keep our breathing in the fourth state while we are in meditation? There are three ways to make the adjustment:
The first is to focus your in-breath into your lower abdomen or Dan-Tian while doing meditation.
The second is to relax your whole body but keep your spine straight.
The third way is to use visualization. While breathing through your nose, visualize your breath as also moving through your skin pores. Then your breaths will be tiny and calm.
It should then be possible to maintain Xi breathing. Buddha taught us this awareness. To be aware of Xi is to be aware of the interval between two breaths during which one neither inhales nor exhales. In the beginning, the interval, or the Xi, is brief. With correct practice, the duration will gradually extend and the mind will settle down as well. When the mind moves in tandem with Xi, you will feel Xi breathing all over your body.

Below is a research article link about meditation:
“More than just relaxing, meditation helps improve self-image of anxiety sufferers http://news.stanford.edu/news/2009/june3/meditate-060309.html” 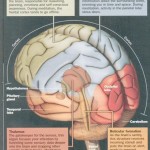