One day Zen Master Zhaozhou and his disciple Wuyuan had a contest about who is the lowest.
Zhaozhou challenged Wunyuan; “Let us enter into a contest as to which of us can identify himself with the lowest thing in the scale of human values.” Wuyuan accepted, saying, “Alright, the loser will have to eat a bun.” Zhaozhou started by saying “I’m an ass.” Wuyuan replied, “I’m the ass’ buttocks.” “I’m the ass’s feces” Zhaozhou countered. Wuyuan retorted, “I’m a worm in the feces.” At this time Master Zhaozhou was curious about Wuyuan’s life as this worm. He asked Wuyuan, “What are you doing there?” Wuyuan answered, “I’m spending my summer vacation there.” Then Master Zhaozhou said, “Alright, I concede defeat.” And he ate the bun. 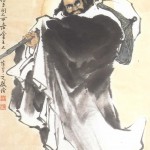 On a different day, one man asked Zen Master Zhaozhou, “After a life of a hundred years, where do you end up?” Zhaozhou replied, “I will go to hell.” This man couldn’t understand why Zhaozhou, who was a Zen Master, would go to hell. He said, “But you are a paragon of virtue. Why will you descend to hell?” Zhaozhou replied, “If I don’t enter hell, who will be there to enlighten you?”

We often are slaves of words, language and logic. We bind ourselves with strings of very complicated thoughts that control us like puppets. That is why we can’t see through the world and find the real image for ourselves. We sometimes see a Zen Master’s words and deeds as illogical because Zen is beyond the power of words and logic. To help a person reach enlightenment a Zen master will wait for a favourable moment to make a move. Because they arise from extraordinary ideas, sometimes a Zen master’s deeds shock the world. For instance; cutting a cat, cutting off disciple’s finger, burning a statue of Buddha, and scolding Buddha…. 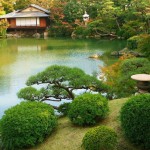 In many Zen stories we find extraordinary Zen Masters. They spend their entire lives finding the truth and practicing it. They don’t care about worldly honours or disgrace. Zen Master Huizhong teaches us the value of truth.
In 761, Emperor Suzong of the Tang Dynasty invited Mater Huizhong to live in the capital and was honoured as a National teacher. During one audience Master Huizhong didn’t look at the emperor, even though he was being asked many question. This made the emperor mad. He demanded, “I’m the emperor of the great Tang Empire. How is it that you do not even deign to look at me?” Huizhong replied, “Does your Majesty see the empty vastness?” The emperor said, “Yes, I do.” Then Huizhong told the emperor, “Does the empty vastness wink at Your Majesty?”
When people only care about worldly riches and glory they lose their real internal freedom at same time. 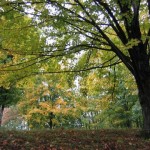