The Law Of Nature

Three weeks ago I read an interesting internet news article. Its name is “Time Travel Is Possible, Says Stephen Hawking”. 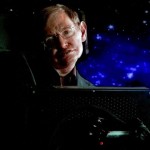 “Famed astrophysicist Stephen Hawking believes humans are capable of time travel — and he’s not afraid to let everyone know. In the article Hawking said once spaceships were built that could fly faster than the speed of light, a day on board would be equivalent to a year on Earth. That’s because — according to Einstein — as objects accelerate through space, time slows down around them, which also means that Hawking’s theory only applies to moving forwards through time. Moving backwards is impossible, Hawking says, because it “violates a fundamental rule that cause comes before effect. “If moving backwards through time was possible, a person could shoot their former selves. “I believe things cannot make themselves impossible,” Hawking said. http://www.dailymail.co.uk/home/moslive/article-1269288/STEPHEN-HAWKING-How-build-time-machine.html
“A fundamental rule that cause comes before effect is the rule of the Universe. When Sakyamuni Buddha reached enlightenment two thousand five hundred years ago, he also found the truth of the Universe. The truth of Dependent Origination: that any phenomenon ‘exists’ only because of the ‘existence’ of other phenomena in a complex web of cause and effect covering time past, present and future. Because all things are thus conditioned and transient (Anicca), they have no real independent identity (Anatta). So he said that:
This being, That becomes.
From the arising of This, That arises.
That not becoming, This does not become.
From the ceasing of This, That ceases.
There is one phrase in Buddhism that goes like this; “Bodhisattva fear cause, worldly people fear effect”. A Bodhisattva is one whose “being” or “essence” is Bodhi, i.e. the wisdom resulting from direct perception of Truth with compassion awakened thereby. In Mahayana, the Bodhisattva exists in order to help humanity on its pilgrimage. They are often called “Buddhas of compassion”, as love in action guided by wisdom. A Bodhisattva is an awakened, understanding being and is therefore well aware that every single causal action produces an effect.
“Bodhisattva fear cause” because they understand the relationship between cause and effect. They are very careful in their every thought, word and action. This causes them to be fearful that a causal action will become a negative karmic effect in the future for they will certainly have to personally bear the consequences. Unlike Bodhisattvas, worldly people don’t know or don’t believe that every single effect is the result of every single cause. We are not cautious about every thought, word and action so when a bad consequence happens we become aware of it too late to regret.
My aim is to remind people that cause and effect always come together and there is nobody who can change it. Even Stephen Hawking believes that. So if you are not happy about the present situation then you have to think what caused it and start to change it.

“The present life is the result of the past life; the next life will be a consequence of this life.”