Life And Death, Honor With Disgrace

Two of the easiest ways for people to get lost in this world are through money and authority. Jobs and Muammar Gaddafi both began as successful young people. 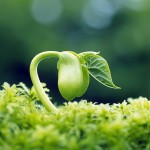 That they could be so successful at a young age meant they were both smart and had good timing. Intelligence is a gift of fate and upbringing. But in the path of life, making the right decisions from the enormous variety of choices may be more important. If people are conceited about their intelligence when they face the allure of money and authority, they are more likely to make the wrong choices.

When Jobs faced the allure money invoked he had the wisdom to be aware that money can’t bring true happiness but it can ruin someone’s life. Walter Isaacson, the author of “Steve Jobs” said this of Jobs: “Despite being worth billions of dollars, he lived in a modest house in Palo Alto and was determined not to let money change him. “ In a taped interview for his autobiographical book, Jobs told Isaacson a lot of people had changed at Apple after becoming wealthy.
“A few people went out and bought Rolls-Royces and they bought homes, and their wives got plastic surgery,” Jobs said.
“I saw these people who were really nice, simple people turn into these bizarro people,” he said. “And I made a promise to myself. I said: ‘I’m not going to let this money ruin my life.'”
Jobs also told us this; “Being the richest man in the cemetery doesn’t matter to me. Going to bed at night saying we’ve done something wonderful, that’s what matters to me.” That’s why Steve Jobs had a splendid life.

A review of Gaddafi’s life demonstrates that, when he faced the allure of authority, he didn’t have the wisdom to make the right decisions. He used cruel methods to dominate the people under his authority. Although he was able to dominate Libya for 41 years the final outcome for him and his family is the kind of notoriety no one wants. 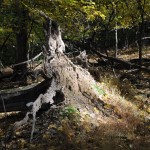 If somebody had told me last year that Gaddafi’s regime will be overthrow and he will be killed this year, I think I wouldn’t have believed it. No one knows how many days they have to live. Very few people are willing to ask themselves, “If I won’t have tomorrow, how should I face my life?” Many people conceal their upcoming death from their mind. They avoid thinking about death by pretending they will live forever. They use all their energy to struggle for fame and fortune, believing that their lives may be happier. But at the end of their life many people find out that the fame and fortune they fought for are mere worldly possessions.

How can we have true happiness and a peaceful life? Buddha tells us about this:
“To enjoy good health, to bring true happiness to one’s family, to bring peace to all, one must first discipline and control one’s own mind. If a man can control his mind he can find the way to Enlightenment, and all wisdom and virtue will naturally come to him.”