Desire In Life, Choice In Life

One day a young man asked an old monk a question; “How can I live to be 100 years old the same as you?”
The monk answered him, “First: total abstinence from alcohol.”
“I never drink!” the guy exclaimed.
“Second: no intimacy.”
“I’m single!” the man replied.
“Third: eat less meat.”
“I am a vegetarian!” He said.
“Then why do you want to live as long as me?” the monk asked the man.
I think there are very few people in this world who would want to live as long as this monk if they had to follow the same restrictions. People look for fun things to do in their life because pleasure is a natural human desire. But if you go interview some typical senior citizens who are healthy and enjoying longevity, many will tell you their most important habits are “to purify the mind & diminish desires.”
People have stress in their life because desires are often against each other. 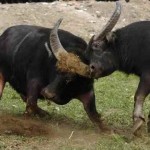 Perhaps a proverb or two can help explain another way.
“You can’t have your cake and eat it too.” Or, “you cannot sell the cow and drink the milk.” 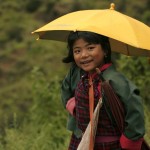 They say you can’t buy happiness – and it’s something Bhutan is finding out the hard way.
The tiny, mostly-Buddhist Himalayan kingdom won a world voice for adopting a happiness index to measure its economy. But its prime minister says it promptly forgot its own lesson, and let a sudden rush of prosperity go to its head.
“Wealth creates increased desire,” said Prime Minister Jigmi Thinley. “There are families with four or five cars. There are luxury vehicles being imported that can hardly drive on our roads and are made for far better roads than we have here.”
A country that was closed to foreigners until 1974 and only recently opened up to the forces of globalisation lacked the tools to cope with new-found economic growth and the wealth it brought.
The government has cut expenditure and is considering raising taxes on imported vehicles. Youth unemployment is over 9 percent and people are drifting away from the countryside, and traditional values, to the towns.
Worst of all, Bhutan’s most recent Gross National Happiness (GNH) index, in 2010, found only 41 percent qualified as “happy”.
“We have been moving away from GNH values and, like many countries, becoming more materialist,” said Thinley.
“http://in.mobile.reuters.com/article/topNews/idINDEE84G0FY20120517”
To tell you the truth, desire is a double edged sword, bad and good all at the same time.
It’s an important force driving our progress. But it is also a major factor behind our disasters. The Chinese say it like this: “Extreme pleasure is followed by sorrow.” Or, rephrased like this; “Once a certain limit is reached, a change in the opposite direction is inevitable.”
We all need to think hard about what desires are tugging our heartmind. Then balance these desires to make good choices in our life. 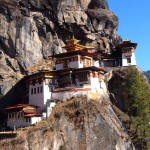