A Person of Freedom

Slavery is the system by which people are owned by other people as slaves. In human society, if most people work as forced labour (unfree labour), this kind of society is called a slave society. In modern times this old style of slavery has mostly disappeared, but I feel we have walked into newer version. Although there is nobody forcing us, we have become slaves of material desires, a slave to loans; school loans, car loans, house loans, credit card loans….
I can still remember how I thought during my childhood in Taichung, Taiwan. Near my house was an American church school. When I was a teenager I often walked around outside the school because I liked to see the foreigner riding their bikes wearing their backpacks. It became a kind of symbol of freedom for me. I daydreamed of having a job on a ship so I could travel around the world.
After studying Taoist and Buddhist philosophy and actually traveling to other countries, I realized that owning physical freedom is not real freedom. When you don’t have any concerns in your mind then you have true freedom. I know it is not easy to do. 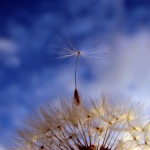 There is a zen story that goes like this:
A general was toying with his prized antique. It slipped and almost fell to the ground.
“Aiyah! That was close!” the general said. He became silent for some moments thinking. “I have commanded tens of thousands of troops to risk my life in battle and was never afraid. Why then did I become so agitated over a small cup?”
He finally realized it was attachment that brought about fear of loss, thus causing him anxiety. Hence he flipped the cup over his shoulder and smashed it. After this there was nothing that could make the general anxious.

From this story we know that if we have any attachments, it will cause us anxiety. Then we are not truly free people. Where there is thought and feeling of gain and loss, there is pleasure and sorrow. To go beyond good and bad, gain and loss, is true freedom. 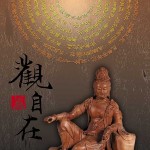 An ancient text, translated literally as the “Vegetable Root Discourse” or Càig?ntán; tells us like this:
“Mountains and rivers and Earth are already nothing but dust, while man, of course, is but dust within dust. Bodies made of blood and muscle will surely return to bubble and shadow, while human affairs, of course are but shadows within shadows. If the highest wisdom is not obtained, there will be no heart of understanding!” http://en.wikipedia.org/wiki/Caigentan